In today’s digital world, data is central to any corporation, regardless of industry or sector. In fact, we could argue that almost every interaction that consumers have with a brand or product results in data collection and processing, in one form or another.

As you know, this data is then used to improve profiling and tracking, and therefore the effectiveness of marketing campaigns. In this context, it’s important to make a distinction between first-party data (collected directly by a company through their own channels, such as their website) and third-party cookies, which instead enable a company to monitor user behaviour through different websites (including external ones).

Third-party cookies have been a crucial part of digital advertising for many years, but, despite new and existing laws and regulations, they’ve often come at a cost for the user: that is, privacy.

In the U.S., privacy laws are enforced by independent government agencies. In the European Union, instead, a much stricter and unified approach has been taken to tackle the issue, in the form of the so-called GDPR (General Data Protection Regulation), which is now a standard adopted across all EU states.

Even with such regulations in place, the way user behaviour and interests have been tracked online by external websites via third-party cookies has been deemed problematic or, at least, controversial. So much so that, after years of debate, two giants such as Apple and Google have taken steps to remove third-party cookies - one of the main tools used to achieve such a detailed and reliable way of running targeted campaigns - from the marketer’s toolbox.

A new set of challenges

As you can imagine, this decision has left marketers (and, obviously, the organisations they work for) complaining and scrambling to find alternative ways to continue doing their job effectively.

As a consequence of the end of third-party cookies, marketers expect to face challenges that could affect their ability to track the right data, as well as a 5-25% increased spending.

But is the departure of third-party cookies really the end of targeted ads, or is it rather a new beginning in which brands and media companies can start working together in different and, potentially, more efficient and effective ways?

The most promising answer to the question above lies in the potential offered by Data Clean Rooms such as the ones provided by Decentriq. So, let’s explore how Decentriq can help you overcome those challenges and how companies can leverage them in multiple use cases, depending on the industry they operate in.

For those of you who’ve never heard about Data Clean Rooms (DCR in short) before, the concept is quite simple. Data Clean Rooms are like a “magic box” that serves as a common ground where data coming from different companies (for example, a publisher and a brand) can meet and merge in order to be jointly analysed. What’s the advantage of using a Data Clean Room? Simply put, the data is fully encrypted and anonymised, which means that not even the other party - or Decentriq and the cloud provider - will ever be able to see any PII (Personally Identifiable Information - such as names and email addresses) contained in your set of data.

In addition, Decentriq’s data clean rooms guarantee full data control by permitting only pre-approved analytics to run, and provide additional privacy filters on the output to ensure that no sensitive customer data is contained in the result.

That’s obviously of great reassurance, and will allow you to confidently share and collaborate on data with other companies in ways that were simply not possible before. Once the data is in the DCR, the analysis can be run and, in return, you can get valuable insights for campaign planning, activation, and measurement phases all from first-party data. It’s that simple.

Data Clean Rooms can assist you in all phases of your marketing campaign, from planning to activation, to attribution. Let’s use the example of an insurance company to dive deeper into how it all works.

Campaign planning
Let’s say that an insurer wants to enrich its first-party data with second-party data shared by a data partner to build a custom audience and better understand its customer profiles. This requires matching against PII data, which would normally raise privacy and security concerns. However, as we mentioned, with Decentriq the data is encrypted before it is uploaded into the data clean room, and it will remain so during computation and analysis as well.

So, both party would upload their respective encrypted datasets into Decentriq’s data clean room as a first step. Then, it’s time for matching against PII (e.g. name, email) and computing. Finally, overlap and segmentation insights are returned to the insurer to inform product and marketing strategy. Easy, right?

Activation
Now, let’s have a look at what would normally be the next phase: activation. Once the insurance company has gathered all the insights necessary to perform adequate planning and has identified the audience, it might decide to get to a more granular level for the activation phase. Thanks to the possibilities offered by data clean rooms, the company could combine its customer data with the media owner’s ones to perform a series of activation efforts such as building lookalike audiences, exclusion targeting (to target new customers), or re-targeting (to reach existing customers with ad-hoc promotions, for example). By doing so, the insurer would get greater guarantees and return on ad spend for its targeted campaigns.

This use case would also be very advantageous for the media owner as it would enable it to achieve greater ad revenue (thanks to the improved quality of ad targeting) and the ability to close more targeted advertising deals. It’s literally a win-win!

Attribution
Lastly, let’s have a look at attribution (where’s the fun if you can’t assess ROI, right?). So, let’s assume that the same insurance company wants to assess the ROI of the ad campaigns that it has been running across multiple media and channels. That’s always been a big challenge, but with data clean rooms, it’s actually easier than you might think. All it takes is to combine customer data from the media owners (i.e. impressions) and the insurer (i.e. transactions/purchases). The process is, once again, very simple:

As you can see, with a few simple steps, the insurance company can achieve full transparency into its ad campaign’s effectiveness, even without the use of third-party cookies. In fact, all that is being leveraged here is first-party data, without ever having to worry about privacy and security implications, given the encrypted and anonymised nature of the whole process. This is an unprecedented scenario that is only unlocked thanks to data clean rooms.

If you’re interested in learning more about how you can improve your marketing and ad effectiveness in a cookie-less world, feel free to get in touch with us. 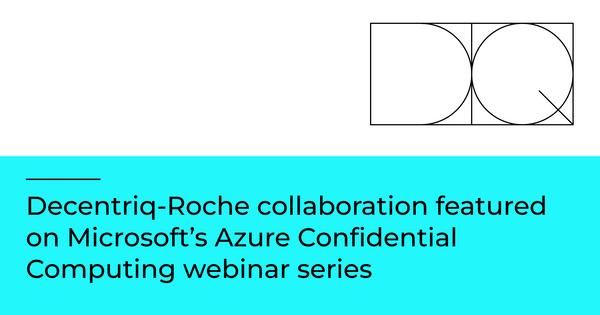 In this article we’ll look into the importance of first-party data for future marketing strategies and the tools that will allow you to leverage it, such as Data Clean Rooms. 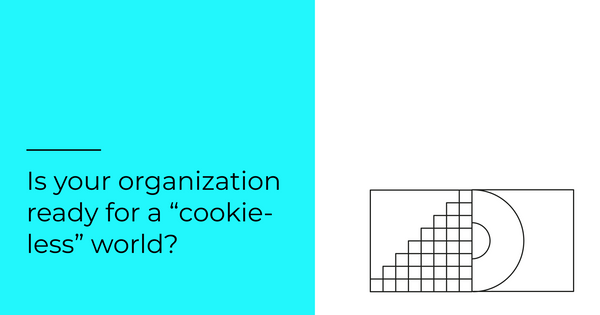